Alan was recently in Patagonia and visited Bahia Bustamante in Argentina. Here he describes the experience of a few days in Bahia Bustamante, comfort, rooms, gastronomy, excursions and wildlife.

“It was evening and the sun has just set when we arrived at Bahia Bustamante, a solitary outpost on the Patagonian coast of Argentina, 160 Km north of the city of Commodoro Rivadavia.

As we stepped out of the vehicle I could hear the sounds of the waves gently breaking a short distance away and we were greeted warmly by Maria the lodge manager. We were ushered into the dinning reception area, checked in and shown to our rooms. I was in one of the standard sea cabins which had a living area, two bedrooms (one with a double bed, one with twin beds) and a large bathroom. The rooms were comfortable, warm and unfussy. There are two standard sea cabins. There are also 4 superior sea cabins. Stays in the sea cabins include full board (except drinks) and activities inside the lodge property. Dinner was served shortly after we arrived – octopus and if vegetarian, stir fry vegetables. Non fish eaters were given guanaco stir fry. The food is a fixed menu so if you have any dietary requirements make sure they are known beforehand. The remote location means there are no corner shops and no other restaurants within a 2 hour drive! The restaurant serves meals prepared with local and seasonal produce. The menu is based on lamb, seafood, guanaco as well as fruit and vegetables form the biodynamic organic garden. Jams and bread are home-made and they also produce their own organic honey – one of the most southern-produced honeys in the world. After breakfast we set off on a short drive to a river mouth where after being kitted out with life jackets we boarded a boat and off we motored into a sheltered bay dotted with islands. Setting off on the boat tour

We were early in the season so we saw half the amount of wildlife we would have seen later on.  And yet I was still greatly impressed!

The first island was busy with cormorants (Rock and Blue-eyed) and in the water were Steamer Ducks and their impressive swimming style! There were many gulls swooping around. Another island had a large colony of sea lions which were fun to watch. Finally we came across the Magellanic Penguins. Here we were mesmerized by their antics and comic walks on the land and also their dexterity in the water. We certainly had a great wildlife spotting morning on the water.

That afternoon we did a walk to Penguin Island where we were able to walk, supervised, amongst the bushes where the penguins were nesting. We had clear instructions to give way to penguins and not disturb them. The next morning we set off on a 40 minute drive inland. We disembarked and then hiked for a little over an hour through a petrified forest. The bleak Patagonian steppe with its incredible rock formations and the petrified wood was a magnificent contrast to wildlife spotting. During our stay we also had beach walks. On one of the walks we even came across the skeleton of a Sei Whale. For those more independent minded there are bikes for use and a self guided map which can be followed on foot or by bike. On the coast there are 21 breeding colonies of marine birds populated with 1 to 7 sea bird species each. Here you will find the Magellanic Penguin colony, which reaches up to 100,000 individuals. There are also Blue-eyed and Rock Cormorants, The Chubut Steamer Duck and Olrog´s Gull. Other species that frequent the area the Red Knot, the White-rumped Sandpiper and the Hudsonian Godwit.

The sea lions colony on the islands reaches up to 4,000 individuals. On the Steppe you may well see the Patagonian Cavy, Lesser Rheas, guanacos, armadillos and skunks. There is no TV and very limited Wi-Fi. In the lodge’s main building there is a lounge with an array of books as well as a bar.

You can also play pool or ping pong in the games room.

At night, a must is just to take some time to go outside and admire the millions of brightly shinning stars. Wander around the town – it is a bit of a ghost town as in its heyday, when it was a sea weed factory, it had a population of 400 with a church, school and even a police station with jail cell. The buildings are still there, the people not. There is a museum being developed with skeletons of the wildlife and history of the place. Off the beaten path

Bahia Bustamante is a great place to get away from it all and see wildlife far from the crowds.

Due to its location and remoteness it is not the easiest of places to get to. There are also the limitations due to its isolation. Electricity is rationed to the evenings between sunset and around 2300. The rest of the time there is a limited supply for basic lighting which is supplied by solar energy. Away from it all

The food is locally sourced from what they have available and so choice is limited.

The magic and remarkable beauty and nature of this incredible destination can make this an unforgettable trip for those looking for something off the grid, in touch with nature and in a remote corner of the world. Ideally you would go for a 4 day/3 night stay and possibly combine this with other destination in Argentine Patagonia such as El Calafate and El Chalten. It could be a great finish after a week of trekking the Glaciares National Park.” 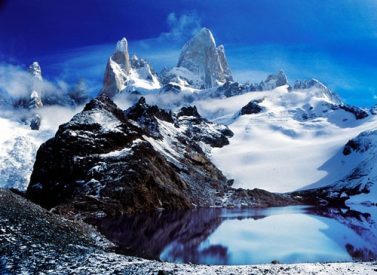 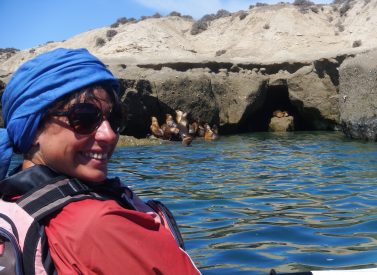 More on self-guided walking holidays, Peru You begin in Peru’s capital, Lima, and from here, you head south to Arequipa with time to enjoy the unique atmosphere and spring climate of the ‘White City’ and the nearby Colca Canyon. We have built in a fantastic overland trip from Colca to Puno, which…